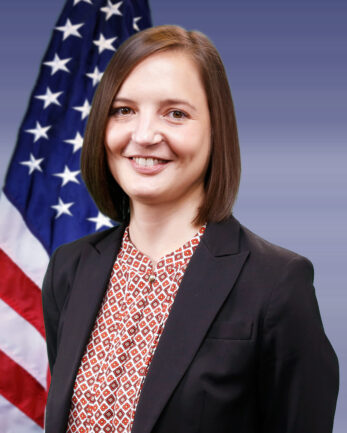 Colleen Crenwelge arrived in Mogadishu in September 2020 to serve as the U.S. Embassy’s deputy chief of mission. She served as chargé d’affaires ad interim from July 2021 to January 2022. Prior to arriving in Somalia, Colleen directed the Office of Global Social Media in the State Department’s Bureau of Global Public Affairs.

A Texas native, Colleen joined the Foreign Service in 2003 and has a bachelor’s degree in economics and political science from Texas A&M University.