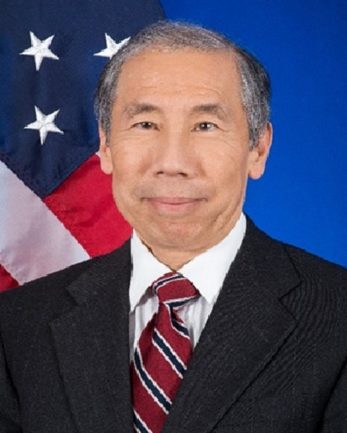 Mr. Donald Yamamoto has been appointed as the U.S. Ambassador to Somalia.  He most recently served as Acting Assistant Secretary for the Bureau of African Affairs. Previously, he served as Senior Vice President at the National Defense University and in senior positions in Afghanistan.  Over the course of his Foreign Service career, he served multiple tours in Africa, including as United States Ambassador to both Ethiopia and Djibouti, and Head of Mission in Somalia, Eritrea and Guinea.  Mr. Yamamoto earned an A.B. and M.A from Columbia University and a M.S. from the National War College. Among his awards are the Robert Frasure Memorial Award, a Presidential Distinguished Honor Award, a Presidential Distinguished Service Award, and a Secretary of State Distinguished Honor Award.  Mr. Yamamoto speaks Japanese, Chinese and French.